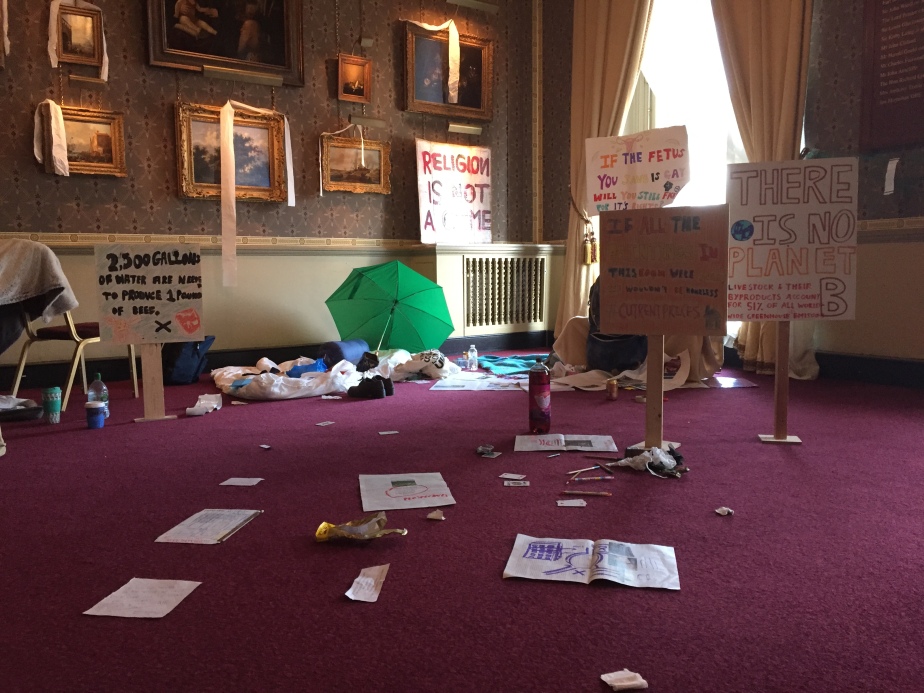 “If all the paintings in this room were sold, people wouldn’t be homeless.”

A group of protestors infiltrated Royal Albert Hall and occupied the posh VIP room. Newspaper articles of various social and political issues like Trump’s muslim ban and infiltration plans scatter the floor. The audience are invited to engage in a meaningful conversation on socio-political issues they are passionate about.