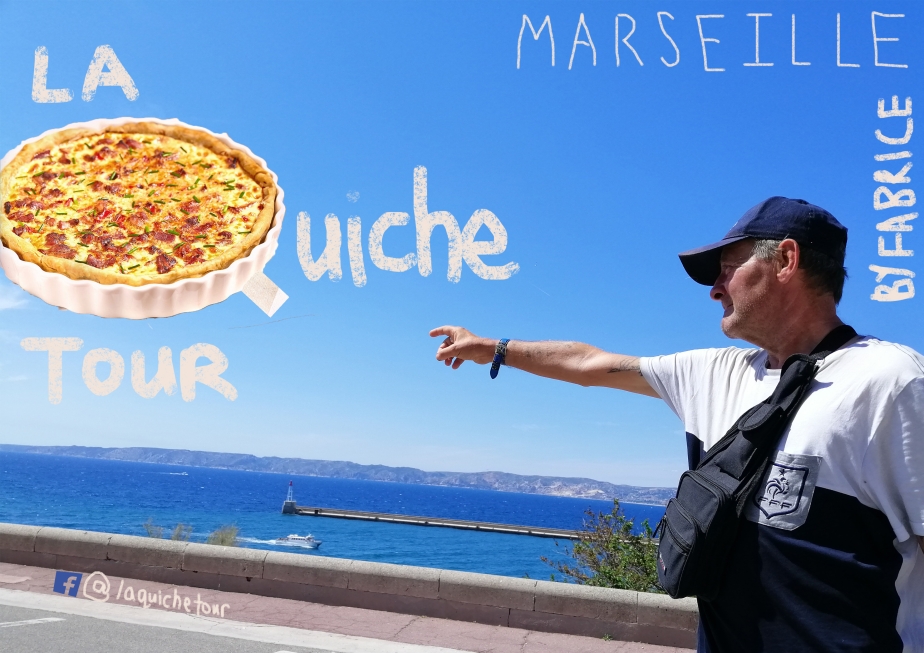 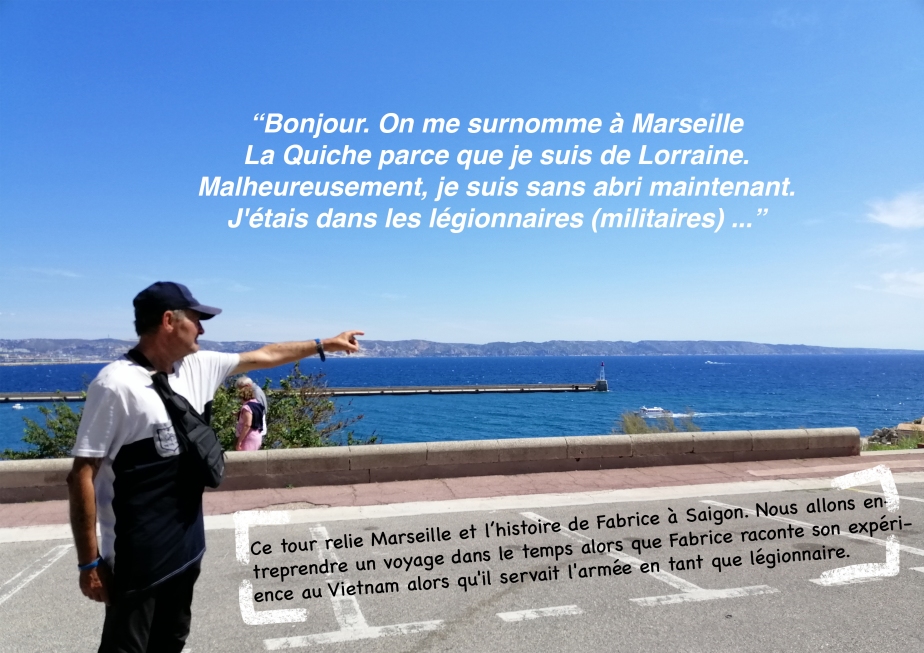 “Bonjour. In Marseille I am nicknamed La Quiche because I’m from Lorraine. Unfortunately, I am homeless. I was in the Légionnaires (military). In military we earn points for retirement. But due to an accident in Chad, I didn’t do the full 15 years of military so I can’t have the full retirement allowance and have to wait till I am 62 years old to be able to get out of here. After military, the army gave us the chance to retrain and change careers. I passed the diploma to become a firefighter and was employed because someone dropped out. I worked till 2014 but lost the job because I had a heart attack. I had government assistance but couldn’t work again as I couldn’t pass the health check up required for employment. I tried to apply for emergency allowance when I could no longer receive government assistance but was struggling with administration. They kept saying they didn’t receive my papers and at some point I had no money left to continue sending the documents.”

Find out more about his story here:

I have been working with Fabrice for 2 months now to develop a tour that he can give to tourists in Marseille in the hope of this becoming a way he can earn some sustainable income.

This project aims to address multi-culturality, diversity and inclusivity by giving local tours. I went to job centres, social centres and the streets to search for participants. Fabrice was seated outside our office on most days and I went up to him to share about this project. He enthusiastically agreed to take part. Through this tour, he hopes to become the bridge between the public and homeless people, to address stereotypes and prejudices.

This tour weaves between Marseille and Fabrice’s story in Saigon. We will embark on a journey back in time as Fabrice recounts his experiences in Vietnam when he was serving the military as a Légionnaire.
The tour is available for booking @laquichetour on Facebook.

We had our first La Quiche Tour today and Fabrice got teary eyed when I passed him the money that was received for the tour.
At first he didn’t want to take it because it was a test tour and the attendees were mostly volunteers/ staff at the organisation. But we insisted that he takes it and that he deserved it. He didn’t expect to be paid for giving the tour and when he received the goblet with the money in it, he became quiet for a while as emotions overtook him and he silently wiped away his tear.
In that moment I became emotional as well. I’ve been working with Fabrice for 2 months now. I don’t think either of us realised what the impact of this project will be when we started it.
Afterwards he told me, it’s nice huh, to be able to talk to people like that in the eye, to have people listening to my stories, instead of just sitting on the streets watching people pass by.
In the end, it’s not about the money he can earn from the tour, it’s the fact that people are curious and willing to give attention to hear his story. This tour is a platform that connects him with the public. It’s a chance for people to put aside stigma or prejudice against someone in his plight and have a genuine conversation, to be curious and attentive to hear his story. It’s this exchange, this conversation that’s so beautiful and it reminds me why I’m doing what I’m doing. It reminds me why I’m making participatory art, why I’m making films, why I’m going to public spaces to engage with people.
Ultimately, Fabrice didn’t choose to be homeless. His circumstances led him to this point. (In part social services also failed him.) He’s got a rich pool of experiences, incredible stories to tell and so much he wants to share with people.

During the tour he mentioned that being homeless is a bit like prostitution.
I can’t help but think that perhaps, this tour helps regain the dignity that was lost on the rough streets of Marseille.

Today Fabrice asked me if the Facebook page was successful because a couple of people on the streets recognised him.
They went up to him and asked if he’s ‘la quiche de lorraine’. He said (with a huge grin) they asked him many questions and even took photos of him. Someone bought him ice cream. Another person from our office building saw the flyers and started talking to him. She gave him her son’s old bag because his was robbed again.

I guess if a project is good, it will be reflected in the well-being of the participants. 😊

So often impact is about numbers, or even just how well the report is written (yep that’s how funding works). But in that process, the real impact is lost among the numbers. More time is spent writing good reports and doing all sorts of administration than actually going out there to build relationships, talk to people, work WITH people.
Work in the social field is about serving people, not the system. I think many people have forgotten that. The system is a tool to serve people but now it seems more like people are used as tools to service the system. It makes me sad to see this system malfunctioning and everyone in this running the treadmill like hamsters in a cage without realising that’s how it looks. All that money that’s given to social projects but never reaches the target groups because it’s lost in between all those middlemen. Yet when you have a project that actively builds relationships, connects people and increases the individual’s social capital, they become so much richer in support and accessible resources. My project is not about my film or my art. It’s about how I can share my resources with someone else to empower that person.